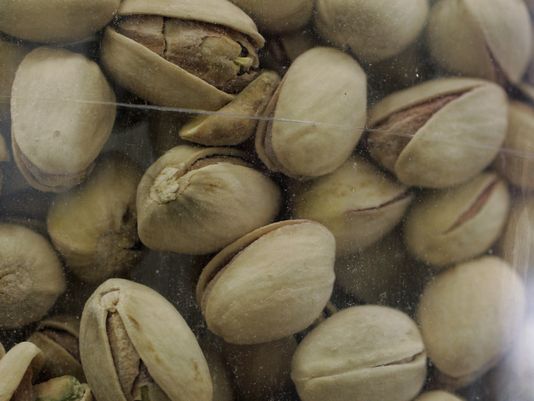 In this March 31, 2009 file photo, pistachios at a grocery store in Palo Alto, Calif., are shown.(Photo: Paul Sakuma, AP)

Nuts have long been called heart-healthy, and the study is the largest ever done on whether eating them affects mortality.

Researchers tracked 119,000 men and women and found that those who ate nuts roughly every day were 20 percent less likely to die during the study period than those who never ate nuts. Eating nuts less often lowered the death risk too, in direct proportion to consumption.

The benefits were seen from peanuts as well as from pistachios, almonds, walnuts and other tree nuts. The researchers did not look at how the nuts were prepared — oiled or salted, raw or roasted.

"There's a general perception that if you eat more nuts you're going to get fat. Our results show the opposite," said Dr. Ying Bao of Harvard-affiliated Brigham and Women's Hospital in Boston.

She led the study, published in Thursday's New England Journal of Medicine. The National Institutes of Health and the International Tree Nut Council Nutrition Research & Education Foundation sponsored the study, but the nut group had no role in designing it or reporting the results.

Researchers don't know why nuts may boost health. It could be that their unsaturated fatty acids, minerals and other nutrients lower cholesterol and inflammation and reduce other problems, as earlier studies seemed to show.

Observational studies like this one can't prove cause and effect, only suggest a connection. Research on diets is especially tough, because it can be difficult to single out the effects of any one food.

People who eat more nuts may eat them on salads, for example, and some of the benefit may come from the leafy greens, said Dr. Robert Eckel, a University of Colorado cardiologist and former president of the American Heart Association. 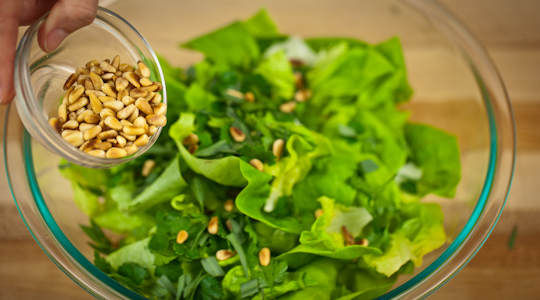 "Sometimes when you eat nuts you eat less of something else like potato chips," so the benefit may come from avoiding an unhealthy food, Sacco said.

The Harvard group has long been known for solid science on diets. Its findings build on a major study earlier this year — a rigorous experiment that found a Mediterranean-style diet supplemented with nuts cuts the chance of heart-related problems, especially strokes, in older people at high risk of them.

In 2003, the Food and Drug Administration said a fistful of nuts a day as part of a low-fat diet may reduce the risk of heart disease. The heart association recommends four servings of unsalted, unoiled nuts a week and warns against eating too many, since they are dense in calories.

The new research combines two studies that started in the 1980s on 76,464 female nurses and 42,498 male health professionals. They filled out surveys on food and lifestyle habits every two to four years, including how often they ate a serving (1 ounce) of nuts.

Study participants who often ate nuts were healthier — they weighed less, exercised more and were less likely to smoke, among other things. After taking these and other things into account, researchers still saw a strong benefit from nuts.

"I'm very confident" the observations reflect a true benefit, Bao said. "We did so many analyses, very sophisticated ones," to eliminate other possible explanations. 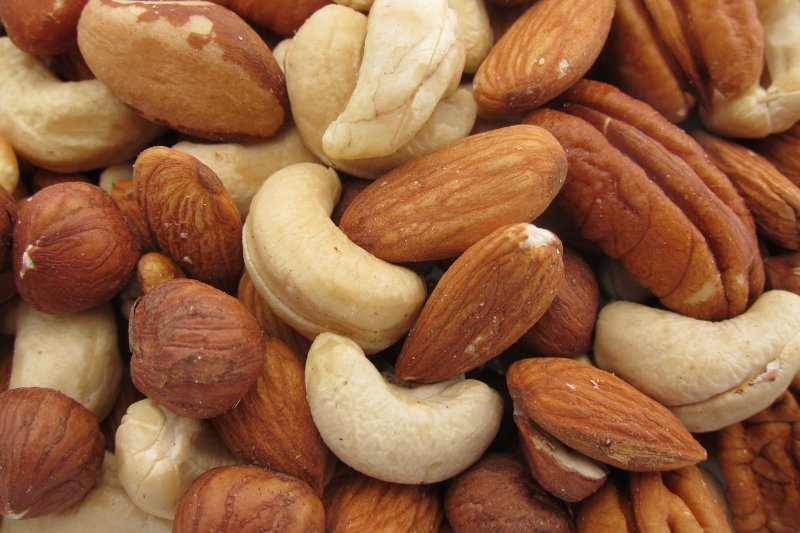 For example, they did separate analyses on smokers and non-smokers, heavy and light exercisers, and people with and without diabetes, and saw a consistent benefit from nuts.

At a heart association conference in Dallas this week, Penny Kris-Etheron, a Pennsylvania State University nutrition scientist, reviewed previous studies on this topic.

"We're seeing benefits of nut consumption on cardiovascular disease as well as body weight and diabetes," said Kris-Etherton, who has consulted for nut makers and also served on many scientific panels on dietary guidelines.

"We don't know exactly what it is" about nuts that boosts health or which ones are best, she said. "I tell people to eat mixed nuts."