Get the Shot, Not the Flu 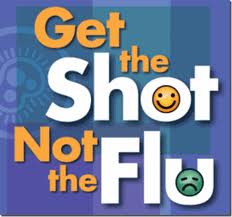 Should we get vaccinated against the flu?

According to the Centers for Disease Control and Prevention, the Influenza commonly known as the flu is a serious disease that can lead to hospitalization and sometimes death. Every flu season is different and can affect people differently. That means that even healthy people can get very sick from the flu and spread it to others. How the flu affected you in the past can’t be a prediction on how it will affect you in the new season. Over a period of 31 seasons between 1976 and 2007, estimates of flu-associated deaths in the United States range from a low of about 3,000 to a high of about 49,000 people. During a regular flu season, about 90 percent of deaths occur in people 65 years and older. The “seasonal flu season” in the United States can begin as early as October and last as late as May.

The Washington Post stated that there is plenty of vaccine on hand. More than 85 million doses of the vaccine had been distributed as of September 14, and a total of about 135 million doses will be available.

It seems that the number of people vaccinated last season was less than 50%. Officials from health organizations including the American Medical Association and the American Academy of Pediatrics urged vaccination as a first-line defense against the flu. Those that are not vaccinated may be afraid of getting sick from the vaccine, other for the cost and lack of awareness.