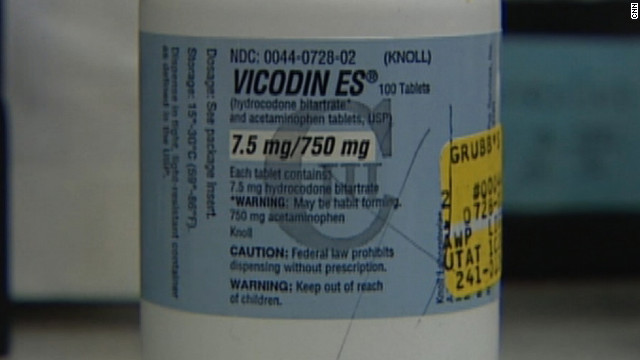 (CNN) -- The Food and Drug Administration is asking doctors to stop prescribing combination drugs with more than 325 mg of acetaminophen, citing the risk of liver damage.

"There are no available data to show that taking more than 325 mg of acetaminophen per dosage unit provides additional benefit that outweighs the added risks for liver injury," the FDA said in a statement Tuesday.

The government agency is recommending health professionals stop prescribing and dispensing combination drugs that contain more than 325 mg of acetaminophen per dose. A combination drug contains two or more drugs.

Acetaminophen is often used in combination with opioids such as oxycodone (Percocet), hydrocodone (Vicodin) and codeine (Tylenol with Codeine).

"Many consumers are often unaware that many products (both prescription and OTC) contain acetaminophen, making it easy to accidentally take too much," the FDA said.

"Acetaminophen overdose is one of the most common poisonings worldwide," according to the National Institutes of Health.

Taking too much of this pain reliever can lead to liver failure or death.

The FDA has set the maximum limit for adults at 4,000 milligrams per day. One gel tablet of Extra Strength Tylenol, for example, contains 500 mg.

The agency says it plans to start the process of withdrawing approval of prescription combination drugs with high amounts of acetaminophen per dose.