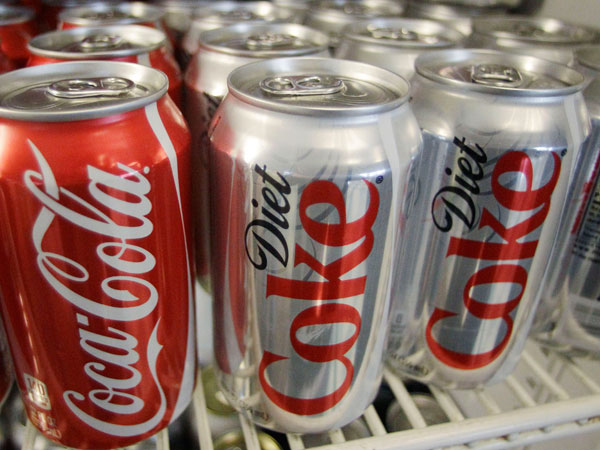 "Diet-soda drinkers who are overweight or obese are eating more solid food during the day than overweight and obese people who drink sugary beverages," said study researcher Sara Bleich, associate professor of health policy and management at the Johns Hopkins University Bloomberg School of Public Health.

In order to lose weight, the diet-soda drinkers need to cut back on their meals and snacks, according to the study, which was published online Jan. 16 in the American Journal of Public Health.

Earlier research might help explain the findings, Bleich said. It's thought that the artificial sweeteners used in the diet drinks may disrupt the brain's sweet sensors, she said.

"If you consume artificial sweeteners, it makes the brain think you are less satiated or full, and as a result you eat more," she said.

"Diet beverages have been shown to be an effective tool as part of an overall weight-management plan," the association said in a statement Thursday. "Numerous studies have repeatedly demonstrated the benefits of diet beverages -- as well as low-calorie sweeteners, which are in thousands of foods and beverages -- in helping to reduce calorie intake."

Losing or maintaining weight, the association said, involves balancing the total calories consumed with those burned through physical activity. This study, the ABA said, looked only at one 24-hour period and didn't ask about physical-activity levels.

For the study, which was funded by the U.S. National Heart, Lung, and Blood Institute, Bleich used information from the 1999 to 2010 National Health and Nutrition Examination Survey that asked about dietary habits over the previous 24 hours. Bleich looked at national patterns in diet-beverage habits, sugary-drink consumption and caloric intake by body-weight category. 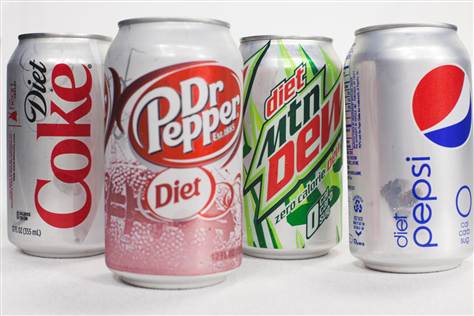 The study doesn't prove that drinking low-calorie beverages leads to eating more. Also among the study's limitations is that people self-reported their intake, said Alice Lichtenstein, a professor of nutrition science and policy at Tufts University in Boston. Lichtenstein was not involved in the study.

"Drawing conclusions from self-reported food and beverage intake data is challenging, particularly because we know normal-weight and overweight people report with different levels of accuracy," she said.

Swithers, who had no part in the study, said animal research has found that artificial sweeteners disrupt basic learning processes. Sometimes sweet tastes predict caloric intake, as when sugar is eaten. With diet drinks, however, no calories arrive with the sweet taste.

Studies in people have found that the brains of diet-soda drinkers respond differently to sugar than the brains of those who don't drink diet beverages, Swithers said. "It's as if the experience with diet soda has made the meaning of sweet tastes confusing or unpredictable," she said.

The health experts agreed on one point, however: The findings aren't a reason to go back to regular soda or to drink more of it if you haven't given it up.

"Instead, the goal should be to reduce consumption of sweeteners altogether," Swithers said.

Lichtenstein agreed. "The best option is always water," she said.

To learn more about alternatives to sugary drinks, visit the American Academy of Nutrition and Dietetics.