The DDT pesticide that’s been banned in the U.S. for decades may be contributing to Alzheimer’s disease risk in elderly adults.

Researchers reported in the Jan. 27 issue of JAMA Neurology that people with the degenerative brain disease had levels of a DDT metabolite in their blood, called DDE, that was on average four times higher than in people without Alzheimer’s. 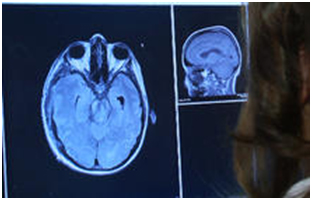 DDT was used in U.S. agriculture beginning in the 1940s to control for mosquitoes, and it was eventually banned in 1972. The chemical takes decades to break down in the environment, and levels of the toxic pesticide are still found in up to 80 percent of blood samples taken from healthy Americans, according to federal estimates.

The Centers for Disease Control and Prevention points out levels of DDT and DDE in the blood are about five to ten times lower than they were in 1970s studies.

Still, other countries use the pesticide to control for diseases like malaria, and imported fruits and vegetables or fish from contaminated waters may increase exposure to American consumers, the new study’s authors warn.

"We are still being exposed to these chemicals in the United States, both because we get food products from other countries and because DDE persists in the environment for a long time," Dr. Jean Richardson, assistant professor of environmental and occupational medicine at Rutgers-Robert Wood Johnson Medical School in New Brunswick, N.J., said in a press release.

Researchers looked at 86 elderly adults with confirmed cases of Alzheimer’s disease, and 79 healthy people of similar ages who served as controls. They took blood tests and put participants into three groups based on their blood levels of DDE.

They found people in the top third of DDE levels were four times more likely to have Alzheimer’s.

"The magnitude of the effect is strikingly large -- it is comparable in size to the most common genetic risk factor for late-onset Alzheimer's," pointed out study co-author Dr. Allan Levey, director of the Alzheimer's Disease Research Center in Atlanta. "The potentially huge public health impact of identifying an avoidable cause of Alzheimer's disease warrants more study -- urgently." 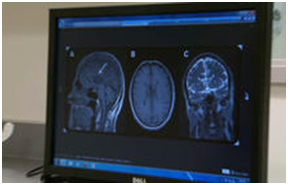 Levey was referring to the APOE-E4 gene variant, a mutation which previously has been shown to make people four to five times more likely to develop Alzheimer’s in older age.

The researchers took the experiment a step further, and exposed cultured nerve cells to DDT and DDE. They saw increase levels of a protein that’s a precursor to beta-amyloid, the sticky protein that clumps together in the brain to form the telltale plaques caused by Alzheimer’s disease.

DDT’s half-life is between eight and 10 years. That, coupled with continuous exposure from our diets, may lead to buildup of DDE as people get older. Those resasons explain why age is the biggest risk factor for Alzheimer’s, the researchers said.

Alzheimer's rates in the U.S. are expected to triple by 2050 to about 14 million affected, driven in part by the aging "baby boomer" population. The disease is currently the sixth-leading cause of death in the U.S.

The authors of an accompanying editorial, however, said it’s too soon call DDT a “smoking gun” for causing Alzheimer’s. At this time, only head trauma has shown robust evidence as an environmental risk factor for the diseased.

"These conclusions should be considered as preliminary until there is independent confirmation in other populations," wrote Alzheimer’s researchers Dr. Steven T. DeKosky of the University of Virginia School of Medicine in Charlottesville, and Dr. Sam Gandy, from the Mount Sinai Alzheimer's Disease Research Center in New York City.