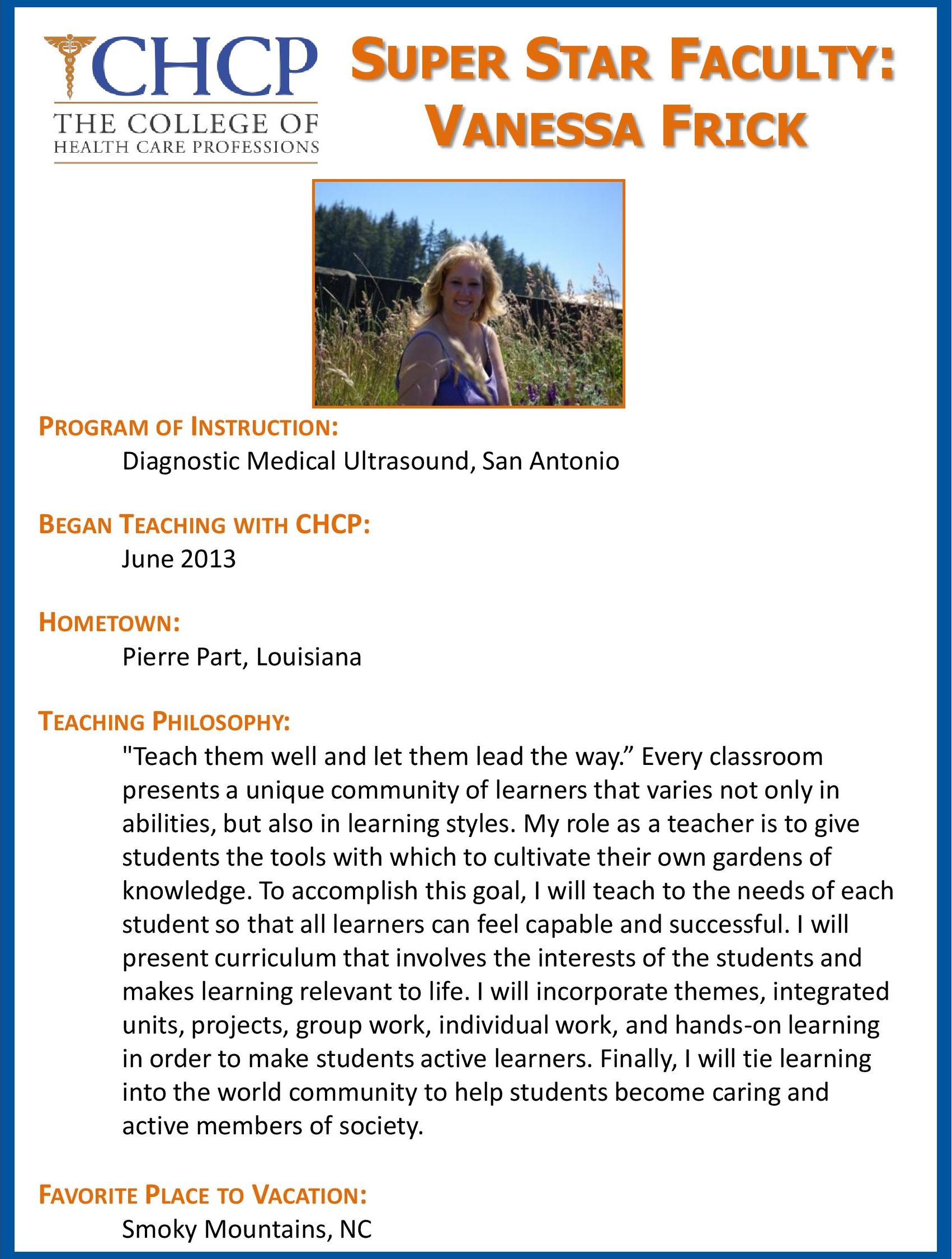 I would like to recommend Mrs. Vanessa Frick. She is new to our school in San Antonio. She has been here about 5 months.

Since coming to CHCP, she has vastly improved our DMU program. She is a great leader and mentor. There are so many things she has improved, but there is one that really stands out for me, personally. When I came in to class, just recently, to take my ultrasound physics mid-term, I realized I had left my reading glasses at home. I went throughout the school trying to find a pair to borrow. The young lady at the front desk to our school (outstanding woman, too) took her glasses off for me to try. They were opposite of what I needed. I graciously thanked her and went upstairs upset to Mrs. Frick's office to explain what was going on with me. She told me all would be ok and sent me to class. A couple minutes later, Mrs. Frick came into the classroom and told us that the mid-term would be postponed for ten minutes and to take advantage and study. Ten minutes later, Mrs. Frick came back and handed out our test. What she had done in those ten minutes was enlarge one mid-term large enough for me to read without my glasses. I thanked her several times and the class got a good giggle out of the whole situation. What Mrs. Frick didn't see was the few tears down my cheek for what she had done for me.

This is just one example of the difference she has made at my school.

One more mention is when she brought Mrs. Lowe with her to our school. Mrs. Lowe did something so very personal for me that she heard me cry for her generosity. It is too personal to talk about, but it was significant.

All of this is because of Mrs. Frick.

I am 45 years old and have had a rough life. This has revived my belief in humanity.