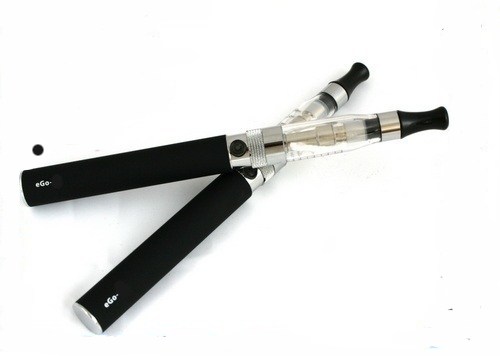 "It’s easy to quit smoking. I’ve done it hundreds of times.” This quote, widely attributed to American humorist Mark Twain, could easily have been uttered by any of the millions of smokers who have tried unsuccessfully to quit.

There’s a relatively new product on the market to help them try: electronic cigarettes. “E-cigarettes” are designed to look like “real” cigarettes and mimic the smoking experience while deliver- ing the nicotine that smokers crave, but without the cancer-causing tar in regular cigarettes. According to Busi- ness Week, the e-cigarette industry is expected to top $1 billion in annual sales in the next few years.

But are they safe? And do they help smokers to quit? We asked Donna Shelley, MD, MPH, associate professor of population health and medicine, who leads the Smoking Cessation Program at the NYU Clinical Cancer Center.

What is an electronic cigarette?

Electronic cigarettes are battery-operated products designed to deliver nicotine. They turn nicotine and other chemicals into a vapor that is inhaled by the user. The reusable versions are composed of a device featuring a rechargeable battery, an atomizer to create a water vapor that resembles tobacco smoke, and a replaceable cartridge that contains nicotine, flavor, and other chemicals. There are also disposable non-rechargeable e-cigarettes. Most e-cigarettes are manufactured to look like conventional cigarettes, cigars, or pipes. Some resemble everyday items such as pens and USB memory sticks. No prescription is needed to buy them. 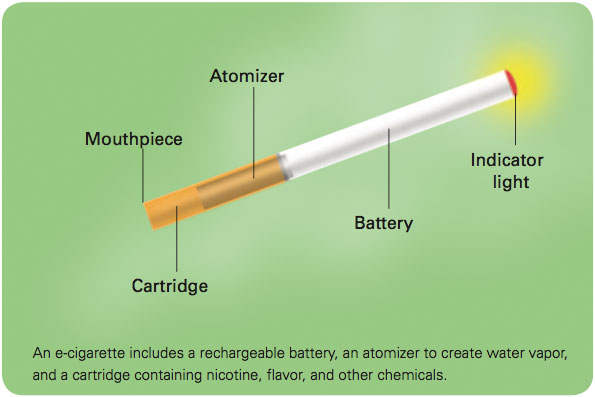 “The safety of e-cigarettes has not been fully studied, so the jury is still out,” says Dr. Shelley. “There’s a lot we don’t know, such as how much nicotine a per- son is inhaling with each puff, or what other chemicals they are inhaling from the cartridges. More research needs to be done.”

Indeed, the e-cigarette craze has accelerated so rapidly that tobacco researchers are struggling to keep up. “They came onto the market and were adopted so quickly that they over- whelmed the regulatory and research communities. We’re playing catch-up right now,” adds Dr. Shelley.

In addition, unlike other nicotine replacement therapies (such as gum, patches, and nicotine inhalers), the U.S. Food and Drug Administration (FDA) does not regulate e-cigarettes, though that may soon change. The FDA also warns that it is not known if e-cigarettes may lead young people to try other tobacco products, including conventional cigarettes.

Why are e-cigarettes so popular?

Fueling the e-cigarette trend is the abysmally low success rate associated with existing smoking cessation methods. Within one year after quitting, 75 percent of smokers in the United States are lighting up- again. “Smokers want to quit, but we haven’t given them a product that can mimic the experience of smoking,” Dr. Shelley notes. “Smokers who could not quit successfully using other products that deliver nicotine, like the nicotine patch or gum, see e-cigarettes as an attractive alternative.”

Smokers also view e-cigarettes as some- thing they can use in places where conventional cigarettes are prohibited, such as offices, restaurants, theaters, and other public places.

A study from New Zealand, published online in the journal The Lancet on September 9, 2013, concluded that while e-cigarettes were “modestly effective” in helping smokers to quit and about as effective as nicotine patches, “uncertainty exists about the place of e-cigarettes in tobacco control, and more research is urgently needed to clearly establish their overall benefits and harms.” While some people have used e-cigarettes to quit smoking, Dr. Shelley has seen many patients who did not use them successfully. “It looks like a cigarette, and smokers expect it to feel like smoking a cigarette. But it is often disappointing,” Dr. Shelley says.

One of the problems is that electronic cigarettes are not regulated by the FDA, so there is no way of knowing how much nicotine someone is inhaling from an e-cigarette. In addition, the amount and reliability of nicotine delivery may be different depending on which product a smoker uses, making it difficult for them to rely on e-cigarettes as a way to avoid nicotine withdrawal and relapse. Dr. Shelley and her colleagues conducted an informal survey outside a Greenwich Village e-cigarette store and did find that many people who had not smoked in over a year used the devices to keep them from going back to conventional cigarettes.

“There’s still so much we don’t know about the safety of e-cigarettes or how effective they are for helping people quit,” says Dr. Shelley. “If you’re really interested in quitting, try one of the FDA-approved smoking cessation aids, which have been highly tested and for which we know the safety profile. It’s really hard to quit smoking, but millions of people have done it.”